Claiming the White Bear and Snow for Christmas!

I’ve been wracking my brain for a story idea for my polar bear shifter book 2, and finally came up with one. Ironically, when we went to the grocery store yesterday, they had this big display with polar bears, and it was like a sign: Write your next polar bear book!

And then this morning amidst a white Christmas Eve, I came up with the title. Claiming the White Bear.

It’s snowing on Christmas Eve! I haven’t been anywhere that it snowed on Christmas since…hmm, maybe when I lived in Wisconsin? But I was little back then.

We had snow in the Houston area way before Christmas, and I was in a blizzard in St. Louis once on Thanksgiving. We had snow and sleet on Easter in Waco, Texas one year. But Christmas Eve and Christmas Day? Maybe never! Except when I was little. I remember walking across frozen lakes with my parents, being carried on my dad’s shoulders to the bus stop because the snow was so high, and the bigger kids helping the little kids remove all their snow gear so we could go to class.

We’re seeing Star Wars today, having Christmas Eve dinner, inviting a service member who couldn’t go home for Christmas, and having fun! My son and his girlfriend are both in the AF, and so is their friend.

Yesterday, we made it to the Escape Room to solve the puzzle of how to stop the 20,000 Leaks Under the Sea. We made it! Woohoo! It had snowed before I arrived, and then yesterday when we were driving to the Escape Room, it was snowing heavily. 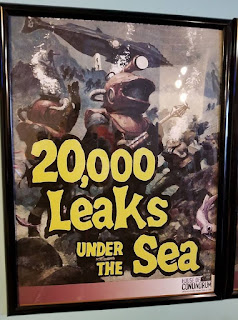 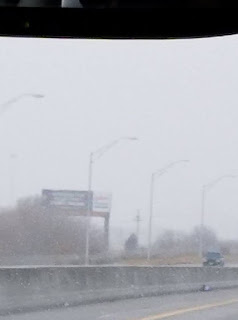 For those of you who live in snow country, I know you’re shaking your heads. lol For me, it’s a novelty. And Inge said her mother came here from Hawaii last year and it was in the 60’s, very mild Christmas. They’ve had them for the last several years. Global warming come to mind? Or just one of those 100-year, 1000-year, million-year cycles?

We might not have enough snow to build a snowman, but this has been a lovely white Christmas in any event!

Have a Merry Christmas if you celebrate it, and if you don’t, wishing you a special day with snow or without! And if you’re getting snowed in, be safe!