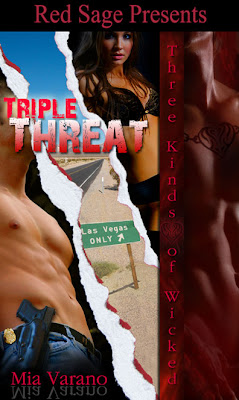 I have to admit, fall is not my favorite season of the year. It usually means cooler weather (even in So Cal), the end of daylight savings time, and back to school. So I'm going to dig deep here and come up with my favorite things about fall.

Soccer: It may be back to school time but it's also back to regular season soccer. My boys play club soccer so they play almost the entire year, but fall is the regular season with games every weekend - sometimes two games a weekend (sometimes four if both boys' teams play on Sat. and Sun.) I may be crazy, but I love watching those soccer games.

Halloween: I've always taken the boys out trick-or-treating with a big group of kids and parents tagging along. Last year I ended up having a glass of wine with the moms of my older son's two best friends. The boys, along with their younger siblings, hung around the front of the house scaring trick-or-treaters and handing out candy. A nice end to the evening that included a VERY good haunted house in the neighborhood (one year this family did an insane asylum and last year it was a demented circus with creepy clowns - yikes - all live people in there scaring you!)

Santa Ana Winds: Often in Oct., L.A. experiences an indian summer with hot, dry temps, and then those Santa Ana winds kick in. A lot of people think I'm nuts because I love the Santa Anas (don't like the brush fires they can whip up though), but there's something just so L.A. about those winds. Raymond Chandler described them like this: "One of those hot dry Santa Anas that come down through the mountain passes and curl your hair and make your nerves jump and your skin itch. On nights like that every booze party ends in a fight ... anything can happen."

Pumpkin Pie: My favorite pie and the only time I ever eat pumpkin pie is on Thanksgiving.

Dexter: This fantastic show on Showtime about a serial killer returns for its 4th season. At the end of every season, I can't imagine how the show can get any better - and then it does.

Silver Strand Half Marathon: Don't know if my husband is going to participate this year, but it's a great opportunity to go down to Coronado in San Diego.

Release from eRed Sage: And finally, I'm looking forward to the release of my story, "Triple Threat" from eRed Sage in Nov. It's part of the Three Kinds of Wicked series that launched in July.

There! I did it. I actually almost stopped mourning the passing of summer. What do you like about fall?
By Carol Ericson at September 24, 2009
Email ThisBlogThis!Share to TwitterShare to FacebookShare to Pinterest

I like everything about fall except for the allergies. The leaves start turning colors, and they are magnificent when that happens. This year they're going to be late to turn because of the rain we had in August. I love to walk the trails in the fall because it's so beautiful.

I love handing out candy for the trick or treaters and seeing all the cute costumes.

Um hum, I like pumpkin pie with real whip cream on top.

When fall comes winter is near, and unlike you I like winter. Why? you ask, well it's because it's my shut down time. The time I can write and read without so many interruptions. That's what I like about winter.

Congratulations on the release!! My favorite thing about fall is the spectacular leaf colors.

My favorite thing about fall is the beauty of the seasonal change. So inspiring and breathtaking. Taking drives in the mountains and beholding the trees in all their fall glory is really a great getaway for an hour or so :)

Sandy, believe it or not, we get the leaves turning here too, although some stay green. Mmm - real whipped cream - that makes the pumpkin pie for me!

Thanks, Nicole! Three Kinds of Wicked is a great series.

Shawna, I do enjoy the crisper air that fall brings, even when it's sunny outside.

Natasha, do you have something coming out from eRed Sage? I love Red Sage - wonderful group of people.

Carol, My Nov. release is a short story titled, The Better To Eat You With. It's my big bad Wolfe story :)

I just started watching Dexter. I have sooo been missing out! Who knew you could actually pull for a serial killer, lol.
Esme

Esme, I know - Dexter is a very sympathetic character. You know the actor is married to the actress who plays his sister? I hope that won't be weird watching them as brother and sister now!

Carol, I have to admit, fall is my very favorite season. I love when summer winds down and the weather cools. I love decorating the house for Halloween, carving my pumpkins with the kids, love roasting the seeds (YUM!), and I love pumpkin pie, too. :-)

I'll have to check Dexter out one of these days. I've heard how good it is, but I never remember to look for it.

Congrats on your newest release!!