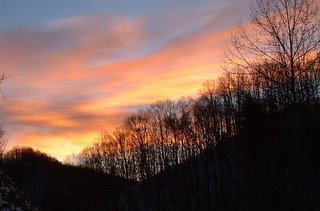 I listened to a workshop today in which two agents and an editor were commenting on the openings of stories. They shared the thoughts going through their minds, and said whether they would request more of the manuscript. I would estimate twenty story openers were read aloud. For the most part, these stories were good. Some had problems but none of them stunk with a capital S, in my opinion. Clearly all the writers had studied their craft. I’ve certainly read published books that were on the same level as most of them. As for problems, a few had too much internalization and backstory up front (and no action.) Some had too much action and no characterization up front (which makes the reader ask, why do I care?) Others had too many romance cliches... in other words, they were not original enough. The bottom line is, they had problems but the writing was "good". This reminds me of Tony the Tiger. "They’re not good; they’re GREAT!" Yes, we have to make our stories GREAT! Not just good. Everyone is good, or can be with practice. To snare the editors’ and agents’ attention and become published, we have to be ingenious super-writers. We must BE ORIGINAL. I feel like I should tattoo that to my fingers. Hey, it would fit perfectly.

Some things to keep in mind:
"When people are free to do as they please, they usually imitate each other. Originality is deliberate and forced, and partakes of the nature of a protest." ~ Eric Hoffer

"The man with a new idea is a crank until the idea succeeds." ~ Mark Twain

I took the above picture of a sunrise. Very original, don't you think? :-)
By Vonda Sinclair at November 21, 2005
Email ThisBlogThis!Share to TwitterShare to FacebookShare to Pinterest
Vonda Sinclair
Vonda Sinclair writes Scottish historical, paranormal and contemporary romance.

What I forgot to include in the above post is that only ONE out of all the openings (20 or so) was requested by the agents and editor.