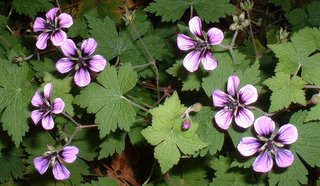 I listened to a workshop by Debbie Macomber called High Concept - How to Define It, Write It, Sell It from the 2005 RWA national conference. Debbie Macomber says high concept is, "What everyone wants but they don’t know what it is until they see it." We must decide for ourselves what is high concept. She gives 9 ways to find high concepts. The first of which is "watch for trends." She says it’s important to be first and asks who was the first man to fly solo across the Atlantic? I’m sure you know the answer. Lindbergh. But who was the 2nd? Almost no one knows his name. Some of the places she says to look for high concept ideas are current bestselling books, catalogs, magazines, TV shows, news (programs and papers), England (what’s popular here was often popular there first), Internet ads, and movies. Other ideas coming from the audience include things kids are into because they’re trend-setters. Mall shopping, music and songs. She gives several examples from her own works and tells where she got the high concept ideas. In particular, she recommends Faith Popcorn’s The Popcorn Report and her other books for predicting "what’s happening in our culture and why."

Macomber says to ask your local bookseller and librarian which books are most popular, what are the readers looking for? On television, look to see which new shows are the most popular. Agent Irene Goodman says a high concept is "something that is instantly recognizable and appealing in one short phrase." Macomber gives these examples: Clueless goes to Harvard. A female Huck Finn story. Bladerunner meets Matrix. If we can distill our stories down to simple high concept phrases like these, we have a better chance of capturing an editor’s or agent’s attention. I highly recommend this workshop for the great information and specific examples. Debbie Macomber's website is www.debbiemacomber.com.

Above is a picture I took of late-blooming fall flowers, a type of geranium.
By Vonda Sinclair at November 19, 2005
Email ThisBlogThis!Share to TwitterShare to FacebookShare to Pinterest
Vonda Sinclair
Vonda Sinclair writes Scottish historical, paranormal and contemporary romance.

England? Wow, I've never thought about it, but it's very true. As Americans, we think WE'RE the trendsetters, but look at all the television shows we get that are knock-offs from English shows--All in the Family, The Office, Survivor, American Idol...just to name a few.

Thanks for reporting on the conference tapes, Vonda. I'll just keep reading your blog and never have to listen to my own. :)