Can You Deal With Conflict? 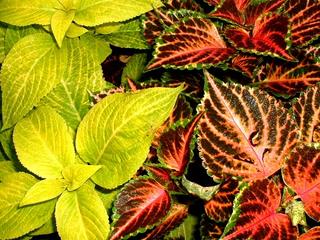 A few days ago a couple of people in my critique group were discussing conflict and whether or not they liked it. (Thank you ladies for the blog topic. You know who you are. LOL!) It made me wonder... is conflict a bad word? If you’re talking about a conflict between countries or marriage partners then, yes, conflict it bad because it means war and fighting.

But conflict in the stories we write is a very "good thing". (Martha has her own reality show, did you see? Oh no, I’m digressing.) Conflict is the C in GMC (Goals, Motivation, Conflict) This is a sort of success recipe for popular/commercial fiction taught by Debra Dixon and others. Two characters have different, opposing goals and as they pursue them they come into conflict with one another. There is external conflict, which is conflict between self and others or the world (I want it but they are stopping me from getting it), and internal conflict, which is conflict within yourself, (I want it but I shouldn’t or can’t).

Creating your main characters’ GMC should happen as early as possible in the brainstorming stage because you must have conflict at the very root of your characters and plot. It should be interwoven and inseparable. If you don’t, then the story will not be very interesting. In other words, without conflict of some sort, the characters are all happy, smiling, getting along so well. Okay, let’s all take a nice relaxing nap. Sure, that’s great for you and your in-laws, but in a story it means nothing is going on. No reason for the reader to read, nothing to hold their interest. Stories (at least commercial fiction stories) are about how conflicts get resolved. You want the reader on the edge of his/her seat. How on earth will they solve these gigantic problems? There is no way they can resolve this conflict and triumph in the end...the reader should think. Don’t let your characters or your reader relax because, as mentioned before, with relaxation comes snoozeville. You want the reader and your characters tense. From conflict comes tension. I hate feeling tense in real life, but I love making my characters tense, uncomfortable, angry, terrified, embarrassed. I believe in being mean to my characters. I put them through the ringer, throw all kinds of problems at them. I make them earn their reward and happy ending.

Agent Donald Maass, in his book Writing the Breakout Novel, says to include conflict on every page of your manuscript. When I read that, I was like... Of course! So now I try to always do that. If you can have a conflict between each and every one of your main and secondary characters... fantastic. That’s what you want. Each of these conflicts will probably be different, or they can be related and play off one another. Even if you have a mother and son, or two best friends, or two brothers, make sure there is some type of conflict between them, some important topic they disagree on. They don’t have to come to blows, obviously, or even yell at each other. Heated debates and emotional discussions are far more interesting than a scene where everyone agrees on everything. There would be no real purpose for such a scene. But make sure your characters are not just bickering for the sake of bickering. Genuine conflict is what makes your scenes worth writing... and reading.
By Vonda Sinclair at August 24, 2005
Email ThisBlogThis!Share to TwitterShare to FacebookShare to Pinterest
Vonda Sinclair
Vonda Sinclair writes Scottish historical, paranormal and contemporary romance.

I LOVE conflict. I dig and dig and dig until I uncover what I think is true conflict. And then when I do uncover it I get this excited glint in my eye and I feel so great. Like I've accomplished something.

That's great, Teresa! Sounds like you are a pro at dealing with conflict. I love it too.

Although, you're so spot-on in the way you describe the kinda conflict the overall story needs to have.

You're great at it, Randy. Not to worry. And thanks for the blog topic. hehe