Cougar Undercover will be ready the end of June. 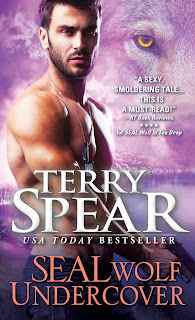 No wolf is safe in USA Today bestseller Terry Spear's new installment of the SEAL Wolf series.
Never be so foolish as to fall for the enemy...
Special wolf agent Jillian Matthews has joined the jaguar-run United Shifter Force to track down a deadly criminal. She's even willing to work with PI Vaughn Greystroke―until the hot, growly SEAL wolf makes the mistake of getting in her way. Naturally, she shoots him. Who could blame her?
Vaughn Greystroke has always worked alone. But when a string of attempted murders puts him in the crosshairs, teaming up with the Shifter Force begins to sound like a good idea. Even if he has to work with alluring―and potentially treacherous―Jillian Matthews. Vaughn is a trained SEAL, after all. He can surely keep his distance from Jillian...no matter how much she's getting under his skin.
SEAL Wolf Series:
A SEAL in Wolf's Clothing (Book 1)
A SEAL Wolf for Christmas (Book 2)
SEAL Wolf Hunting (Book 3)
SEAL Wolf in Too Deep (Book 4)
SEAL Wolf Undercover (Book 5)
Praise for SEAL Wolf in Too Deep:
"A sexy, smoldering tale... If you enjoy reading about uber-manly, hot-as-heck heroes, this is a must-read!"―RT Book Reviews, 4 Stars
"Another winner... once again [Spear] had me captivated with her storytelling."―Night Owl Reviews
"A funny, fun, and extremely intriguing read." ―Fresh Fiction 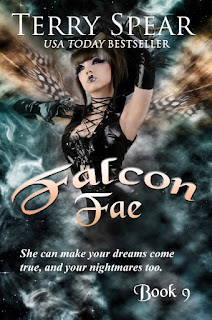 Have a wonderful day!!