Men are not just women with more hair and a …

Men take up more space in the world. In general, they behave in ways to enlarge their presence. They use larger arm gestures, laugh more heartily. When seeking female attention, they will try to stand taller, to throw back their shoulders and to appear stronger and more fit. They know instinctively, they need to be seen as a capable provider. Watch men bonding at a sports game.

They pound each other on the back, jump in the air. They make active, assertive gestures to show their approval of each other. (Think of women bonding. They’ll sit close together and talk quietly over a cup of tea.)

When mating and dating, then, men don’t try to be subtle. They will sit or stand with their arms and legs spread wide when trying to attract a potential mate’s attention. They may separate a bit 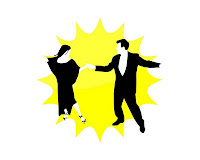 from the crowd so you see them. They will use their eyes aggressively. If they let you catch them checking you out, they are sexually interested. Of course, the man has to be careful not to be buffoonish with his loud jokes and attention seeking moves.

Their active natures mean that men fight differently than women. Men will engage in a fight more easily than a woman, will take more abuse while fighting, and can be proud of the fact they’ve been fighting. When the fight is over, it can be easily forgotten. Watch young boys, who are always roughhousing. Young girls don’t do that. Men also fight to establish who is the winner and who is the loser.

Men are more focused and linear in their thinking. Whatever their object, they focus on achieving it, not on noticing what goes on around it. So if sex is their object, they notice and enjoy a short skirt because it shows off the long legs they like, or the tight butt, or whatever. They don’t think about the color or the designer of the skirt. Unless your male character is a cop or a designer who needs to notice specific details, don’t have him noticing the sunset red color of your heroine’s blouse. If they are in danger, he can notice that the red color might make them more visible. If he’s sizing her up for a pickup, make him notice the way that blouse shows a hint of cleavage. The details he notices should only relate to the track his thinking is on right now.

This linear focus also explains why the dialogue of your male characters is shorter and more to the point. A guy won’t wander around with detailed explanations, descriptions of his motivation, etc. Women seek shared understanding; men want to transmit the necessary information and move on.

Their linear way of thinking means that men gravitate to hierarchical forms of social grouping. They enjoy an established pecking order (think military, large corporation, etc.) Any organization made up of men will possess a well-marked ladder to get from bottom to top. Women organize naturally in more cooperative ways. Female groups can be exclusive; women enjoy status as much as men, but the major question is are you in or out of their group, not how do you climb the ladder of this group.
These statements are all generalizations. There are quiet men and boisterous women. But in writing believable characters, make sure you understand the natural differences between men and women. I’m sure you can all think of other ways in which you differentiate your male characters from your female characters. Share if you'd like.

Awesome post, Carly!! I love the way men are always so protective.

Good points, Carly. I always have to go in and edit my hero's dialogue, getting rid of superfluous adjectives and adverbs. My husband rarely uses adverbs in his speech!

Hi, Carly! LOL, I love the part where you say men take up more room. *g* The differences between men and women are fascinating, and I always enjoy reading and seeing how each author characterizes those differences (or at times even the similarities), or pits them against each other. Nothing like opposites to get the sexual tension revving. ;)
Great topic!

I don't know that I noticed all those things in my younger days. Reaching "elderly" status opens ones eyes up to what's going on around the world and I think you've pretty much hit the old legendary nail squarely. Men are very interesting creatures, no doubt it. Thank you for an enlightening, interesting and throught provoking peak into the male psych.

Okay, so it's THOUGHT provoking. So much for proofreading.

Men certainly take up more space on the subway.

Carly, I am so sorry but while I agree that men and women are different, I disagree with many of your stereotypes, generalizations and conclusions. Girls don't rough house? Please. Women sip tea while men slap each other on the back? Ugh. And my favorite: Women don't establish a pecking order in organizations? You obviously never been in a sorority or Junior League. The term "pecking order" was first coined to describe hens not cocks. By all means contrast male and female characters to convey masculinity and femininity but study carefully how men and women are different. Don't resort to stereotypes that you haven't fact checked.