Sorry for the generic title. Finally making my way back to the living after being in a fever induced stupor for three days and I'm still not exactly creative right now, lol. Let me tell you guys, this flu that’s going around (at least the one here in NC) is no freaking joke. I had pneumonia two years ago and I can honestly say I would rather have had the pneumonia again than the crap I’ve deal with since Wednesday afternoon. On the up shot, I’ve lost five pounds since Wednesday, lol. Always trying to look at the positive side of things.

Anyway, the theme for the week has been favorite heroes. I can’t really say I have a favorite “type.” My taste runs the gamut. They don’t all have to be super alpha. One of my favorite heroes’s is Julian Hampton in Madeline Hunter’s, The Romantic. Without this coming off as offensive, because I know how authors cringe at having their heroes described as the B word, but Julian is the closest thing to a beta hero I’ve ever read in a romance. Now before I get egged, this really is a compliment. Julian couldn’t have been written any other way. It just wouldn’t have worked, and I applaud Mrs. Hunter for her fantastic work on him. Julian’s love for Penelope is so pure and selfless that I completely fell in love with him. I think because of Julian’s more beta roots, the ending was so much more powerful. If he’d been alpha, the ending would have been lackluster. Because it was the opposite, I still get this book out and read the ending from time to time. (I actually have a signed copy I cherish:)

For me, there has to be a vulnerability about a hero. One of my biggest turn offs is a privileged hero. A lot of this is because I like my heroes with a sense of humility about them. That they know money doesn’t always talk and they have to fight for things in life.

My first ever hero, Nickolas, (who by the way will never see the light of day) was a tortured 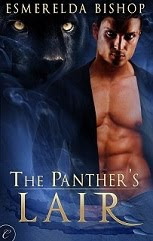 soul. Even though his story was a stepping stone for my writing career, I love this story, and I love him. He’d do anything to protect the heroine, even if it meant sacrificing his own happiness.

Then I have Dante, an extreme fighter who has literally fought his way up the ranks for a chance at the championship belt. He’s confident, knows what he wants and is always focused. Until he meets the heroine and she becomes his one weakness.

Luke, who you’ll meet in July in Defying Convention under my other pen name Abby Niles, is another tortured soul. But his torture is much different from Nikolas. Nikolas’ came from an outside source, Luke’s comes from within. He has a secret so dark that if it ever got out he’d be ruined. The heroine becomes his hope for a future he didn’t believe he could have. 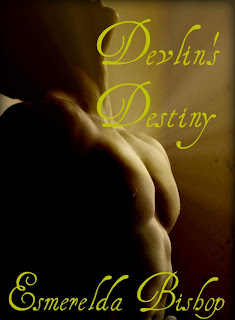 Then we come to Devlin, the hero in my current WIP. I’m not even sure how to categorize Devlin. He has all the makings for being an alpha male. But he deals with a force larger than himself when it comes to making decisions and implementing them. He has been a very interesting character to write. Probably the most unique of all my heroes.

I always look forward to getting to know my heroes. Taking their stories and bringing them to life on the pages. (I wouldn’t be a writer if I didn’t:)

So what are your actual turnoffs for a hero?

Good question. I don't like a hero who is ho-hum about sex. I realize this gives the author room to write a sexually assertive heroine. But that kind of guy just doesn't float my boat. (This is different than being a beta hero.) And yes, I recently read a book like this.