Halloween - The Perfect Holiday for a Demon 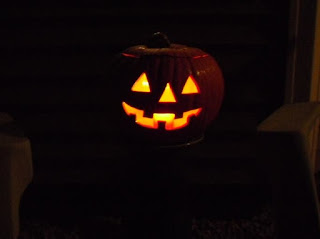 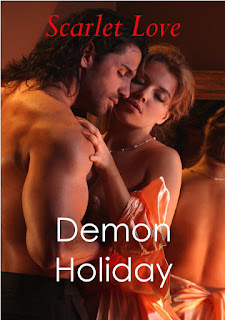 Most people know that Halloween was originally a pagan holiday. On the ancient Celtic calendar, the year ended on the last day of October. (This was also the end of the harvest period.) They believed that on this night, the veil between this world and the otherworld was at its thinnest and the dead and living could thus communicate most easily then. 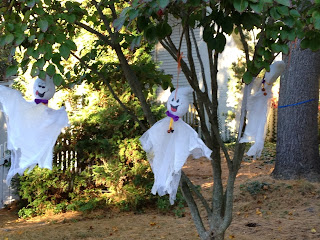 In the Middle Ages, people believed that departed souls would be abroad on this night. They might try to enter your house to steal your body. Originally, people would leave food for these spirits to placate them, but others would try to scare them off with jack o’lanterns. These practices may be the origin of our trick or treat custom. (If you didn’t leave a treat for the spirit, he might play a nasty trick.)

So if the spirits are abroad, what kind of mischief can they promote?

You can find out, in my short story, which is one of two stories in Demon Holiday.

Blurb: The demon in Demon Holidays is a sly one who goes out on Halloween looking for  - well, what do you think a demon would be looking for on a cold and dark night?

The angel he stumbles upon is perfect for his purposes, but she has her own ideas about what must be done on this night when the spirit world collides with the mortal world.

Sparks fly as they each wield their own powers, hoping to find a common ground.

Excerpt: Demon reached for the underside of Angel's breasts. “The clock has struck midnight,” he said, using a soft tone to sweeten his harsh message. “It’s Halloween. I could take the baby now, if you don’t agree to have sex with me.”


“Demon!” She whirled on him, eyes spitting her own brand of silver fire. “You’ll never touch me in this or any other world if you harm that baby!”

He grinned slowly, savoring her fury. The more she resisted, the sweeter her ultimate capitulation would be.

“I like that fierce side of you,” he said.

“I don’t like the mean side of you. Don’t threaten me, Demon. You can’t take the baby.”

“Oh, but I could. The veil between the human world and ours is at its thinnest on Halloween. It’s easy for me to reach through.”

“The days when you could get men to perform evil for you on Halloween are gone. We angels have worked hard with humans to de-fang that holiday.”

“You haven’t eliminated the ability of the spirits in our realm to move freely in the human world.”

“That’s exactly why I’m here! It’s the one day in the year I can have some influence over this baby’s fate! So go away, Demon. I don’t want you here.”

She stared him down, her gray eyes sparking determination into his. But she didn’t move when he placed his hands directly on her breasts. “You know,” he said, “it’s a terrible thing for an angel to lie.” He tried very hard not to smile.  ~~~