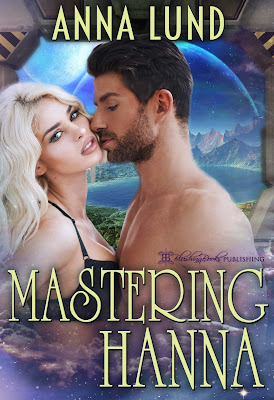 When the women of Vanya are captured by slave traders, Hanna does not hesitate in her duty to protect her princess. Despite fighting for her freedom, she is overwhelmed and suddenly finds herself on a spaceship—chained, helpless, hurtling through space, fated to become sex slave to the King of Noria.

But fate is thwarted by her sexy, dominant captor Jarrod, an escapee from the tranium mines, mercenary for hire. His job—to see that the king gets his slave. But he is as much a captive to Hanna as she to him. The pull of desire—desire to both rescue and enslave her—is as powerful as the chains that bind Hanna.

Will Hanna and Jarrod's conflicting responsibilities keep them apart forever, or will their passion overcome any obstacle the universe puts in their path to happiness?